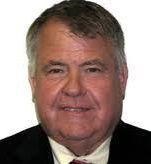 DECATUR -- Gerald 'Jerry' Clark Weigel, 69, of Wake Forest, North Carolina, passed away on Monday, May 13, at Transitions Hospice Center following complications from a recent stroke. He was born on November 16, 1949, in Beatrice, Nebraska to Dwight & Wilma Weigel. He graduated from the University of Nebraska and later attended Florida State University. Jerry worked in animal nutrition for a number of large agricultural companies including ADM and BASF. He was actively involved in numerous animal science organizations including the American Society of Animal Science. Jerry was extremely proud of his Nebraska roots and loved the Huskers and John Deere.

Jerry is survived by his wife Carolyn Weigel, two sons from his first marriage to Martha Weigel - Chuck (Melanie Allen) Weigel and Christopher (Heather West) Weigel, a grandson Ethan Weigel, a sister Jeanne (Rich) Weiner, and one niece Mandy Weiner. A celebration of life will be held on June 4, 2019, at North Raleigh United Methodist Church in Raleigh, North Carolina. In lieu of flowers, memorials may be made to the Lincoln Trails Council of the Boy Scouts at 262 W. Prairie Avenue, Decatur, Illinois, in honor of Jerry’s dedication to Scouts. He as well as his two sons achieved the rank of Eagle Scout. Burial will take place at a later date in Crab Orchard, Nebraska.