In Memory of Dr. Gary Allee

In Memory of Dr. Gary Allee 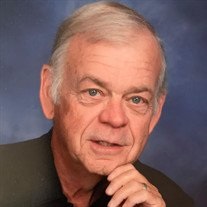 Dr. Gary Layton Allee, 76, of Columbia, passed away on September 7, 2020 from pancreatic cancer. His educational journey began in a one-room schoolhouse in Moniteau County and ended with him becoming one of the leading swine nutritionists in the world. His kindness and generosity enriched a beloved network of family, friends, neighbors, students, and colleagues.

For nearly two decades Gary built his career at Kansas State University, where he and Norma raised their two children and made lifelong friendships. In 1987 he came home to mid-Missouri to lead the Animal Sciences department at the University of Missouri. Eventually he returned to his true professional love – collaborative research – and formed productive and rewarding new partnerships that further propelled his career.

Gary was recognized nationally and internationally for his pioneering contributions to swine nutrition and swine production. He gave over 200 invited presentations in 26 states and 28 countries. China was a frequent and much-loved destination, where, after his 2008 lecture in Chengdu was interrupted by the 7.9 magnitude Sichuan earthquake, Gary nevertheless forged ahead and delivered all of his scheduled presentations. He authored more than 100 refereed journal articles and more than 350 abstracts and technical papers. Gary proudly served as the vice president, president, and director of the Midwest Section of the American Society of Animal Sciences, which hosts an annual symposium in his honor, and on the Board of Directors of Omega Protein Corporation for nearly two decades. His greatest professional legacy was his mentorship of 27 Ph.D. and 28 M.S. students, who he counted among his closest friends.

Gary loved being outdoors. Fishing was a lifelong pleasure, whether in the rich waters of Alaska, Canada, and the Gulf of Mexico, or the more fickle ponds on his farm near Hallsville. He loved to spend time on his cattle farm, especially with his grandkids. Another passion was to grow and share vegetables from his garden.

His devotion could be seen in many ways. His upbringing and strong faith led him to focus on feeding the hungry, as evidenced by his 1998 trip to famine-stricken North Korea to help with food production. He was a true supporter of Mizzou basketball and football, who never once considered cancelling his season tickets. His greatest devotion was reserved for his five grandkids, who he loved to accompany to school and sporting events, as well as on vacations around the world.

In light of the current Covid-19 pandemic, the family will hold a private mass and burial. A full celebration of his life will be held at a future date. Memorial contributions may be made to the Gary L. Allee Memorial Scholarship Fund, which provides need-based financial aid to college students from rural communities (send checks to: Mizzou Gift Processing, 407 Reynolds Alumni Center, Columbia, MO 65211, or give online at www.giving.missouri.edu/allee), or to the Pancreatic Cancer Action Network (donation form at: http://media.pancan.org/org/pancan_donation_form.pdf, or give online at www.pancan.org).