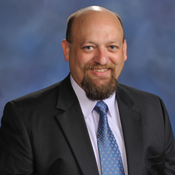 Dr. Chris R. Kerth was raised on a cattle and wheat farm near Collyer, in rural northwest Kansas. He attended Kansas State University for his B.S. in 1993 and Texas Tech for his M.S. and Ph.D in 1995 and 1999, respectively. In 1999, Dr. Kerth joined the faculty of the Animal and Dairy Science Department at Auburn University. During his time at Auburn, his research focused on animal nutrition impacts on meat quality and consumer acceptability, mostly using forage-finished beef as a model. In 2009, he was awarded the Fulbright Senior Scientist to study beef production and processing systems in Uruguay. In 2010, Dr. Kerth joined the faculty at the Texas A&M University where his research has focused on flavor chemistry and the development of aromas and flavors in meat, food, and beverage products. Dr. Kerth has developed grants of nearly $8 million and published 62 manuscripts, 97 abstracts, 5 book chapters, and 3 edited books and has developed a nationally and internationally recognized research program in meat flavor chemistry.