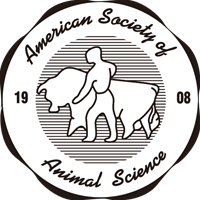 Proceeds from the ASAS Fellows Club funds the Early Career Awards which are presented annually to two early career scientists. The decision by the Foundation to allocate your donation to the Early Career Awards is in recognition of the invaluable mentoring roles of members of the Fellows Club throughout their careers. The recipients receive a two-year complimentary membership in ASAS, registration for the ASAS Annual Meeting, a travel allowance up to $1,500 for the Annual Meeting and recognition at the Annual Meeting.

ASAS Fellows are invited to donate funds equivalent to the annual membership fee as a donation to the ASAS Foundation Fellows Club each year at renewal time.

To make a donation click here or you may send a donation by mail to: ASAS Foundation, Attn: Fellows Club, PO Box 7410, Champaign, IL 61826. If you prefer, please contact the ASAS office at 217-356-9050 and we will take your pledge and generate an invoice for your donation.

In 2019, the following Fellows have donated to the Club:

In 2018, the following Fellows have donated to the Club:

In 2017, the following Fellows donated to the Club: