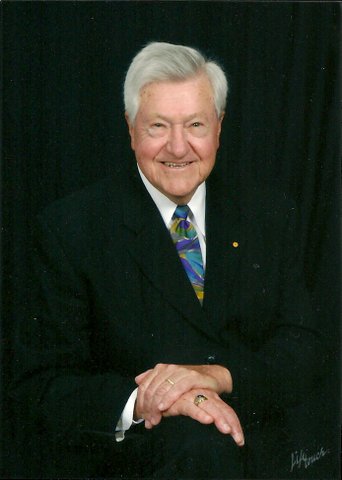 This fund was formed to recognize the contributions of Dr. Louis J. Boyd to education and to the American Society of Animal Science. This fund will be used in conjunction with the Zimbelman, Hafs, Britt, and Glenn clubs to increase funding for public policy interns in Washington, DC.

Two of Dr. Boyd’s contributions illustrate his wide influence.  He was coauthor (with Dr. Harold Hafs) of Dairy Cattle Fertility and Sterility, the first of the Hoard’s Dairyman books.  Over 400,000 copies of this book have been distributed in four languages.  It has been reprinted several times, the later editions with other authors.  As a second example, early in his Extension work, Louis found dairy farmers often bred heifers to Angus bulls to reduce birth size of calves and minimize calving difficulties.  Unfortunately, this reduced selection options for replacing older cows.  Consequently, as a result of his research, he was the first to publish that birth weight of their calves varies among bulls, both within dairy breeds and within beef breeds.  Some Holstein bulls sire smaller calves than some Angus bulls.  Therefore, dairy bulls known to sire smaller calves may be chosen for breeding heifers, a finding that remains as standard option for farmers in selecting AI stud bulls.

Dr. Boyd was named a Fellow of American Dairy Science Association (ADSA), and a Fellow of the American Society for Animal Science (ASAS).  He was a member of several Boards of Directors including Coble Dairies, the Council for Agricultural Science and Technology (CAST), ASAS, ADSA, and the ASAS Foundation.  He also contributed his expertise in several capacities such as President of CAST, and the Editorial Board of the Professional Animal Scientist.  Louis was one of the first awardees in the Hall of Distinguished Alumni of the College of Agriculture at the University of Kentucky and he has been inducted into the Georgia Agricultural Hall of Fame.