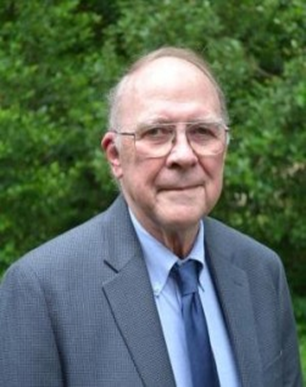 This fund is being formed to recognize the outstanding service, educational, and scientific contributions of Dr. Randel, who has been a highly active SSASAS member.  The funds will be used to enhance the Physiology Program at the annual meeting of the SSASAS (such as establishment of annual invited lecturer).

Ron Randel accepted an Associate Professorship at Texas A&M University and the Research and Extension Center at Overton, Texas in 1974.  He advanced to the rank of Full Professor in 1978 and was named a Faculty Fellow and a Regents Fellow in 1999, a Senior Faculty Fellow in 2005, and ASAS Fellow 2007.  Dr. Randel was designated as an outstanding alumnus of both his B.S. (Washington State University) and Ph.D. (Purdue University) institutions. Ron received the ASAS Physiology & Endocrinology Award in 1996.  He was the recipient of the 2012 L.E. Casida Award for excellence in Graduate Education in Physiology and Endocrinology. He concluded his term as SSASAS President in 2007.

Dr. Randel’s contributions to the field of animal physiology and endocrinology have globally benefited animal agriculture.  Dedicating his research career to investigating the reproductive physiology of beef cattle, especially for tropically adapted breeds, Dr. Randel evaluated the role of nutrition on reproduction, elucidated the fundamental reproductive biology of Brahman cattle, developed strategies to reduce livestock production risks and resolved practical problems in beef cattle reproduction. He has served as major advisor to over 75 graduate students, and 40 undergraduate interns. Dr. Randel is a world-renowned authority on beef cattle reproduction with over 1000 publications (over 200 journal articles).  He has presented his work on six continents.  His receipt of a Fulbright Senior Research Scholarship Award and numerous other awards and frequent invitations to speak are testimony to his impact.  Dr. Randel is the quintessential scientist, researcher, and mentor.  Moreover, he has been a staunch supporter of the SSASAS.  Therefore, the SSASAS EC seeks your support to recognize Dr. Randel’s significance to the Section by enhancing the impact of the Physiology Section at our annual meetings.