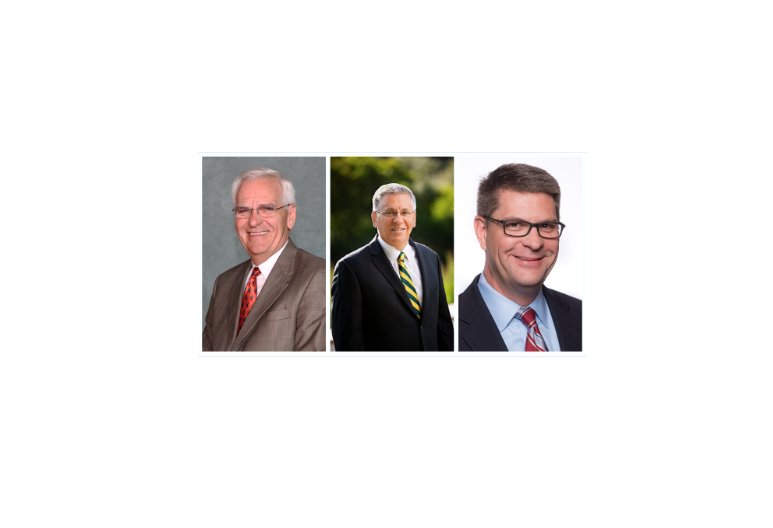 Biographical Sketch:
Brothers, W. Dwight and Jeffrey D. Armstrong were raised on a 200-acre beef, swine, tobacco, and crop farm in Lyon County, Kentucky. They received their B.S. degrees in agriculture from Murray State University in 1971 and 1981 (respectively). Dwight received his M.S. (1973) and Ph.D. (1975) from Purdue University in animal science. Jeff continued at North Carolina State University, receiving his M.S. (1984) in physiology and Ph.D. (1986) in physiology & endocrinology.

Dwight Armstrong served on the faculty at North Carolina State University in the Animal Sciences Department from 1975-1982, focused on the swine nutrition area. From 1982-2000 he worked with Akey, Inc. in Lewisburg, OH, where he served in various roles, including President. In 2000, the company was sold to the public Dutch company, Provimi, located in The Netherlands. With Provimi, he served as CEO of North American Nutrition Companies, Director of the Americas, and eventually Global Group Vice President. In 2008, Dwight retired and started his own consulting business in the animal nutrition and agribusiness areas. From 2009-2016, Dwight joined the National FFA Organization as Chief Operating Officer and was later named CEO of both the National FFA Organization and the National FFA Foundation. He continues in his consulting business and serves on several boards. Dwight also serves as a Senior Associate to The Context Network.

Dwight Armstrong and his wife, Judy, currently reside in Nashville, TN. They have two sons and four grandchildren.

Jeffrey D. Armstrong joined the Animal Science Department at NCSU in 1986-1997. He served as an assistant professor, the director of the Agricultural Institute, and the assistant director of Academic Programs for the College of Agriculture and Life Sciences (CALS). From 1997-2001, Jeff served as head of the Department of Animal Sciences at Purdue, and then from 2001-2011, he served as dean of the College of Agriculture and Natural Resources at Michigan State University (MSU). Jeff has served as President of Cal Poly since 2011.

Jeffrey Armstrong’s research was recognized with the Sigma Xi Young Faculty Research Award (NCSU) and the Southern Section ASAS Young Animal Science Award – Research (1995). He presented invited presentations on his research work and taught 13 different courses at the two-year, undergraduate, and graduate level over his career at NCSU. He advised 95 undergraduate students while at NCSU and directed research for seven M.S. and Ph.D. students, two post docs, and ten undergraduate students. He received the Outstanding Graduate Assistant Award and was elected to the Academy of Outstanding Teachers, and was named Alumni Distinguished Undergraduate Professor at NCSU.
Jeffrey Armstrong provided significant service to ASAS over more than a dozen years (1989-2003). He served as secretary-treasurer and president of the Southern Section ASAS. He served on the ASAS Board of Directors from 1996 through 2002 and was president from 2000-2001.

Jeffrey Armstrong is a national and international leader in animal welfare and social responsibility in the food chain – with 18 invited national/international presentations. In addition, he was appointed by the Secretary of Agriculture to serve two terms on the USDA National Agricultural Research, Extension, Education and Economics Advisory Board.

Jeffrey Armstrong and his wife, Sharon, currently reside in San Luis Obispo, CA. They have two children and two grandchildren.

Todd Armstrong’s career has been focused on the global animal health and nutrition industries, where he has worked in and across the swine, poultry, beef, dairy, and companion animal sectors. He has had the opportunity to occupy global senior leadership roles across R&D, regulatory, government affairs, and commercial functions at Elanco, DSM, and Phibro. Currently, he is the Vice President of the US Ruminant Business at Phibro Animal Health Corporation, where he is responsible for the strategic direction and functional performance of the US dairy and beef businesses. In addition, throughout his career, he has been the author or co-author of 23 peer-reviewed manuscripts, 23 non-refereed publications, and 41 abstracts.

In addition, Todd Armstrong served on the ASAS board and executive committee and is a past president of the Society. He was the recipient of the Outstanding Young Alumni Award from the College of Agriculture and Life Sciences at NCSU. Currently, he is also an Adjunct Professor of Animal Science at NCSU and serves on the board of directors for the North Carolina Agriculture and Life Sciences Research Foundation. Previously, he was a member of the Dean’s Advisory Council for the College of Agriculture at Purdue University, has been involved in the EDGE mentoring program, and has participated in several philanthropic boards.

Todd Armstrong and his wife, Angie, currently reside in Cary, NC. They have four children.

Dwight, Jeffrey, and Todd Armstrong have proudly established the Armstrong Leadership Award with the American Society of Animal Science Foundation, the philanthropic branch of ASAS. This is their way of “paying it forward” for the benefits they have received as ASAS members, their professional “home” society. This award will recognize and celebrate young leaders who carry on the Armstrongs’ passion for and commitment to ASAS while supporting current and future animal scientists.

To learn more about their vision and the Armstrong Leadership Award guidelines, visit here.

Become a 1908 Society partner by establishing your own Named Endowed Fund or by adding your name to an Advancement Fund or another ASAS Foundation fund of your choice. Both options are visionary and generous acts that will help preserve the ASAS mission well into the future while creating your own legacy.