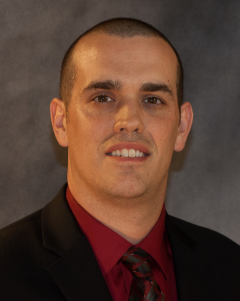 Dr. Joseph W. McFadden is the recipient of the 2018 Northeast ADSA-ASAS Young Scientist Award for Research. In 2003, Dr. McFadden received a B.S. degree with Distinction in Research from the Department of Animal Science at Cornell University in the lab of Dr. Dale Bauman. He then completed a M.S. degree in Animal Sciences under the advisement of Dr. James Drackley at the University of Illinois, and a Ph.D. degree in Dairy Science at Virginia Tech with guidance from Dr. Benjamin Corl. After his doctoral training, Dr. McFadden joined the postdoctoral fellowship in the Department of Neuroscience and the Center for Metabolism and Obesity Research at Johns Hopkins Medicine where he received training in mass spectrometry-based lipidomics. In 2012, Dr. McFadden joined the faculty at West Virginia University as an Assistant Professor of Biochemistry in the Division of Animal and Nutritional Sciences where he applied lipidomics as a means to biochemically map the bovine lipidome and reveal the sphingolipid ceramide as an associative and causative biomarker of insulin antagonism in dairy cattle. In 2017, Dr. McFadden joined the faculty in the Department of Animal Science at Cornell University as an Assistant Professor of Dairy Cattle Biology and the Northeast Agribusiness and Feed Alliance Faculty Fellow. Throughout his early faculty career, Dr. McFadden has secured more than $1.5 million in support from organizations including the United States Department of Agriculture, National Science Foundation, the Foundation for Food and Agriculture Research, and industry partners. He has published 20 peer-reviewed papers, 71 conference abstracts, presented 24 invited talks, and overseen 11 graduate student and postdoctoral programs. Joe is currently exploring new nutritional approaches to mimic somatotropin action and mitigate fatty liver disease in dairy cattle and developing a course in Nutritional Physiology and Biochemistry.