The 2021 ADSA/ASAS Northeast Section Awards are now open for nominations.  The deadline to submit a nomination is February 4, 2021 at 3:00 PM CST. 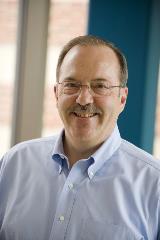 Dr. Etherton received a B.S. degree (1971) in Agricultural Science and an M.S. degree (1974) in Animal Science, both from the University of Illinois. He received a Ph.D. degree in Animal Science from the University of Minnesota (1978) and was an NIH Postdoctoral Fellow at Stanford University from 1978-79. In 1979, Dr. Etherton joined the Department of Dairy & Animal Science at Penn State as an Assistant Professor and rapidly rose through the faculty ranks. He was named a Distinguished Professor of Animal Nutrition in 1996,and has served as Head of the Department (now Animal Science) since 1 May 1998. Dr. Etherton is internationally recognized for his research in the area of endocrine regulation of animal growth and nutrient metabolism and was the first to establish that administration of recombinantly-derived porcine growth hormone to growing pigs improved growth rate, increased muscle mass and decreased body fat. He has served as the president of ASAS (2003-04) and FASS (2005-06). 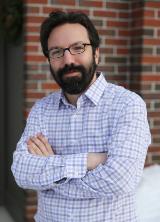 Dr. Samuel Alcaine is an Assistant Professor at Cornell University. He has a BS from the University of Maryland (2002), an MS from Cornell University (2007), and a PhD from the University of Massachusetts (2016). At Cornell, he has led and participated in 17 workshops, reaching over 300 dairy professionals. His lectures are highly valued by attendees, who find Dr. Alcaine a very effective and innovative educator. He has a very active research program that uses protective bacterial cultures and enzymes to address dairy food waste and safety, and has received an impressive number of research grants from federal and state agencies. He has already published several research papers and technical articles relevant to the dairy industry, and is often asked to give interviews to the press on issues that are important to the dairy industry. He is very very engaged with various dairy associations, and is already recognized as one of the emerging leaders in dairy education and research in the US.