Dr. Glenn C. Duff received his B.S. degree from Northwest Missouri State University, M.S. degree from the University of Arkansas, and Ph.D. from New Mexico State University (NMSU). Following five years as Assistant Professor and Superintendent for the NMSU Clayton Livestock Research Center (CLRC), he moved to the University of Arizona where he held the ranks of Associate Professor and Professor. In 2010, Glenn became the Head of Animal and Range Sciences at Montana State University and later the Interim Dean of the College of Agriculture. He moved back to NMSU in 2015 to be Head of Animal and Range Sciences, and he currently serves as Professor and Superintendent for the CLRC. During his career, Glenn has taught applied nutrition, statistical methods, beef production, stocker/feedlot management, and dairy production courses. He has published 89 peer-reviewed articles, and he has been director or co-director on grants valued at $10.2 million. Glenn’s extensive service to the Western Section of the American Society of Animal Science (ASAS) includes terms as Secretary/Treasurer, President-Elect, President, and Past-President. Moreover, he served as recently completed service as President of the national ASAS. Glenn has been active in his community through service in leadership of the local Rotary Club and other organizations. Glenn and Donna Knudson have a farm south of Clayton and grow forages and purebred Gelbvieh cattle. They have one son, Tim, who resides in Santa Fe, New Mexico. 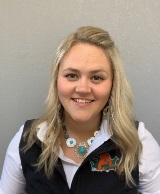 Dr. Caitlin N. Cadaret is a rising star of the Colorado State University Department of Animal Sciences, with a focus on stress physiology as it pertains to developmental programming of traits that drive profitability in livestock production. Additionally, Dr. Cadaret has also developed an active and thriving pedagogical research program aimed at increasing student retention and transfer of knowledge through experiential learning and variations in assessment strategies. Dr. Cadaret has a long-held passion for animal agriculture, growing up on a part-time cow-calf operation in Northern California, which was exacerbated by her interest in physiology and teaching. This interest was first sparked as a student intern at Shasta College and furthered during her B.S. program at Chico State. To capitalize on this interest, she completed both her M.S. and Ph.D. at the University of Nebraska at Lincoln. It was at this time where Dr. Cadaret truly began to expand her teaching repertoire and pedagogical research program that has led her to one of the most beloved and successful instructors in the Animal Sciences program at Colorado State University. 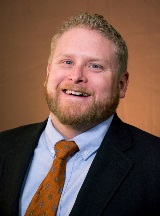 Dr. Whit C. Stewart received his B.S. at Brigham Young University-Idaho (2009), M.S. in Animal Science from Oregon State University (2011), and a Ph.D. in a joint program with Texas A&M AgriLife Research and New Mexico State University (2015). He is an Associate Professor and Extension Sheep Specialist at the University of Wyoming, Laramie. Previously, he was an Assistant Professor and Extension Sheep Specialist at Montana State University, Bozeman (2015-2017). Dr. Stewart’s extension efforts are nationally and internationally recognized. He has organized and facilitated educational programs at Ram Sale Symposiums in MT and WY, and the West Central States Wool Growers meeting, and ram test field days in Laramie. He coordinates the University of Wyoming inter-collegiate wool judging team and helps organize efforts for 4-H and FFA wool judging teams throughout Wyoming and continues to expand these programs. He has been an invited speaker at sheep industry meeting across the U.S. and was chosen to represent the U.S. as an international sheep industry ambassador in New Zealand, Uruguay and Argentina. Dr. Stewart has published over 40 extension publications and has given over 150 talks to more than 4,000 sheep industry stakeholders. He has garnered over $1.8 M in funding to support his research and extension efforts. He has published over 35 peer-reviewed journal articles and 53 proceedings and abstracts and is currently editor for the American Sheep Industry Association’s Sheep and Goat Research Journal. 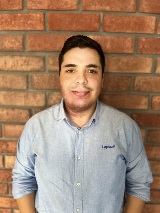 Jesus Joaquin Figueroa-Zamudio began his career in animal science at Universidad de Sonora in Mexico in 2010. While studying here, he developed a passion for animal nutrition. Joaquin completed his M.S. degree at New Mexico State University under the direction of Dr. Sergio Soto-Navarro. He then accepted a position with the Veterinary Entomology Research Laboratory at the start of his Ph.D. program with Dr. Brandon Smythe, to integrate ruminant nutrition and the impacts of horn fly control in cattle. Joaquin has been an active member of ASAS, presenting at Western Section meetings and the Plains Nutrition Council meetings since 2017. In 2021, Joaquin received 3rd place in the Graduate Student Competition at the Western Section ASAS meeting. He has assisted in numerous graduate student projects on campus in Las Cruces, and at the Clayton Livestock Research Center, and Veterinary Entomology Research Center. During his time at NMSU, he has authored or co-authored 4 peer-reviewed publications, 3 abstracts, and 6 proceedings. His research is focused on determining best practices for feeding cattle after the effects of transportation stress and for fly and insect control at the feedyard. Joaquin has also assisted in developing a partnership between Universidad de Sonora in Mexico and New Mexico State University for students pursuing higher education in animal science. Joaquin is passionate about helping others through animal science and education in extension and industry settings. 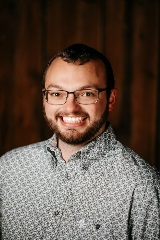 Ryan M. Knuth earned his Ph.D. in Animal Science at the University of Wyoming in August of 2022 in a program with Drs. Bisha and Cunningham-Hollinger. He grew up on a small commercial Polypay sheep operation in south central Wisconsin learning early in life how to care for animals in profitable ways. He received his B.S. in Animal Science (2017) at University of Wisconsin-Platteville and his M.S. in Animal and Range Sciences at Montana State University (2019). Throughout his collegiate education, he has had a breadth of research experience related to sheep and beef cattle production systems. In his doctoral program, he investigated the microbial communities of ewes, lambs, and the environment to find common relationships across communities and identify possible pathways for bacteria to enter the mammary gland to cause mastitis. Additionally, a portion of his dissertation has identified levels of antimicrobial resistance in ewe milk bacterial isolates. He has multiple publications in peer-reviewed journals, including Journal of Animal Science, Applied Animal Science, and Animals, as well as many conference abstracts/proceedings and acquired grants through the National Sheep Industry Improvement Center. Dr. Knuth looks forward to beginning a faculty position to use his expertise to build a highly impactful applied and translatable teaching and outreach program focused on animal health and management to improve sheep production. 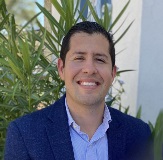 Victor V. Flores earned a B.S. from Texas Tech University and a M.S. in Animal Science from Texas A&M University Kingsville. He is currently a doctoral candidate in the Department of Animal and Range Sciences at New Mexico State University working with Dr. Jennifer Hernandez Gifford. Victor’s research focuses on developing novel techniques to identify cattle predisposed to severe cases of bovine respiratory disease. Victor has co-authored 3 research and proceedings publications, 7 abstracts and one patent resulting in part from his dissertation research. He has presented his research findings at numerous local, regional and national meetings. Additionally, Victor has served in leadership roles in the Departmental Graduate Student Association, is serving as WSASAS Graduate Student Director and has been a teaching assistant for 10 Animal Science courses. He has also mentored and supervised several undergraduate students working at the research sheep unit on campus. 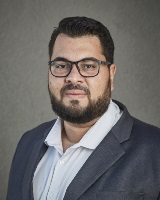 Dr. Rodrigo S. Marques is an Assistant Professor at Montana State University, who has an integrative research and teaching program focused on nutrition and management strategies for beef production in the U.S. and worldwide (incl. Brazil and Australia). His research programs have centered on maternal nutrition of beef cattle and its impacts on offspring performance and immune parameters. Dr. Marques obtained his B.S. degree in Animal Sciences from São Paulo State University in Brazil and then worked as a 15,000-head capacity feedlot facility manager, followed by an M.S. degree in Animal Science at the University of São Paulo–ESALQ/USP. Dr. Marques completed his Ph.D. studying cow-calf nutrition and management at Oregon State University. Dr. Marques worked as a National Ruminant Nutrition Technical Consultant for Elanco Animal Health-Brazil before joining the Department of Animal & Range Sciences Montana State University. Dr. Marques is quickly setting himself apart as a top-tier and highly productive scientist with an astonishing list of accomplishments for a scientist of his career stage. He has authored or coauthored 53 refereed journal articles, 4 book chapters, 16 proceedings papers, 21 peer-reviewed extension articles, 27 conference abstracts, 9 station reports, and 7 popular press articles. To date, he has mentored 1 M.S. student, 3 Ph.D. students, and 5 interns. Furthermore, as P.I./Co-PI, Dr. Marques has already secured $492,000 in national and industry funding. Dr. Marques is married to Daniele Ruocco, and they have 2 children, Ana Clara and Pedro.